As Walnut Hills recognizes 50 years of service to older adults, their families, and the greater community, we celebrate the five-decade tradition of high-quality care and a friendly, family-oriented environment, fostered by a caring team made up of individuals from various backgrounds. 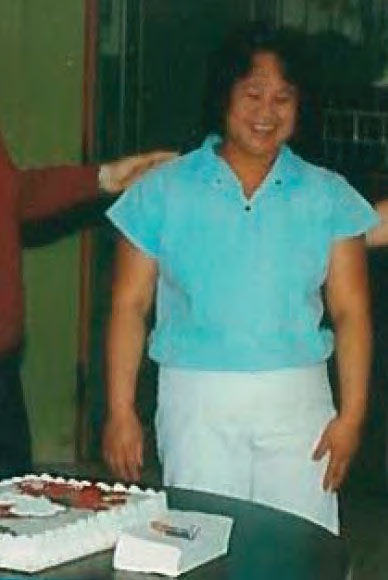 How does a refugee from Thailand come to work at Walnut Hills? Why does that same individual continue to serve at Walnut Hills after 34 years? The love of people and serving.

Phisamay Phaonesy and her husband came to the United States as refugees from Thailand when she was 25 years old. After working in housekeeping for five years at another area nursing home, Phisamay was approached at church by David Miller, who was Executive Director at Walnut Hills, about an opening in the Walnut Hills Nursing Home kitchen.

She made the change, and the rest, as they say, is history.
“I love my job, and I enjoy serving the residents,” said Phisamay. “I appreciate the family-oriented, Christian atmosphere, and the respect that team members have for each other.”

Phisamay shared that it is important for her to make things look nice and be as home-like as possible for the residents, and she always wants to remember that she and other team members work in the residents’ home.

“What if it was my mom or dad,” added Phisamay. “I would want someone to help them. It’s important to me to know what each resident prefers and to treat each resident as an individual.” 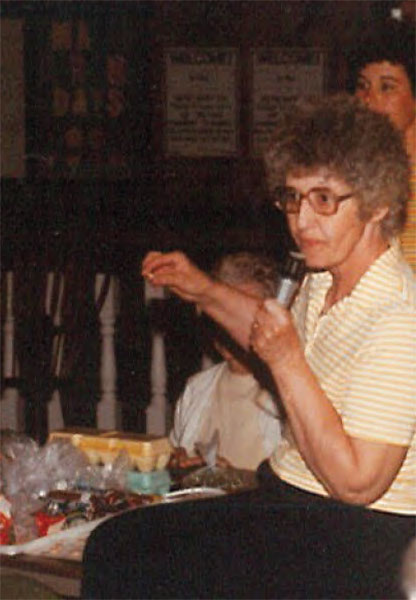 When Anna Mae Miller and her late husband, Danny, started to slow down, there was no doubt where they wanted to live.

The couple’s familiarity with Walnut Hills played a big part in their move to an Independent Living home on the campus. Anna Mae worked at Walnut Hills for 20 years (1976 to 1996), mostly as Activity Director at the newly opened Assisted Living facility, and the couple lived adjacent to the Walnut Hills campus.

“I am so thankful to live here,” said Anna Mae. “When Danny died, I was already established here and didn’t have to make a change. I have such good neighbors, and I appreciate the Christian atmosphere.”

Due to her first-hand knowledge of and proximity to Walnut Hills, the transition to the campus was easy, and she is enjoying life in The Commons. “It is so nice to have neighbors who are similar in age and who have similar interests,” she said. “I am a very social person, so it’s important for me to be with other people. I enjoy the activities like coﬀee breaks. We laugh a lot.”

Anna Mae shared that her time serving as Activity Director was also filled with fun and fulfillment.

“The thank you’s and appreciation from residents and their families was such a blessing to me,” said Anna Mae. “They always told me I was like their cheerleader.” 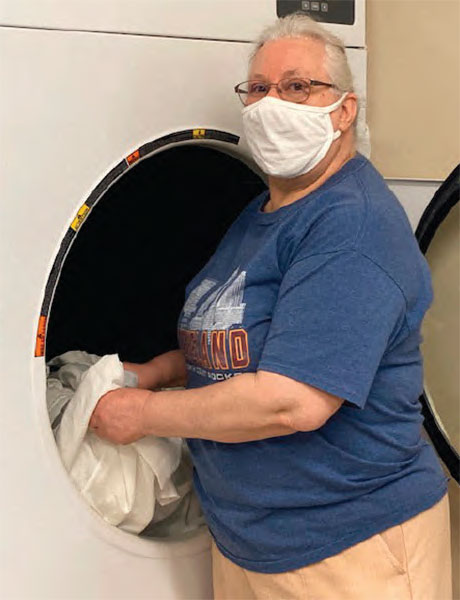 Walnut Hills was in its infancy stage when Trudy Mullet started working at the Nursing Home in 1973.

After hearing an announcement at Hiland High School about Walnut Hills seeking individuals to serve as candy stripers at the Nursing Home, Trudy decided to take a leap.

“My siblings all worked in factories, and I knew that was not the road I wanted to follow,” said Trudy. “I felt called to come to Walnut Hills to serve as a candy striper.” The decision led Trudy to 23 years of serving as a nursing assistant (covering all three shifts) before transferring to the Laundry Department at the Nursing Home.

Trudy says she has served at Walnut Hills for 47 years because she appreciates the positive environment.

“Every team member does their best for the residents,” said Trudy. “It’s a family, and the team members and residents make it that way.” Even on the bad days, Trudy is committed to the residents and team at Walnut Hills.

“It’s not about the money,” she added. “There are many other benefits, including laughter and tears. We sometimes need to go through hard places to get to the better places and the reward.”