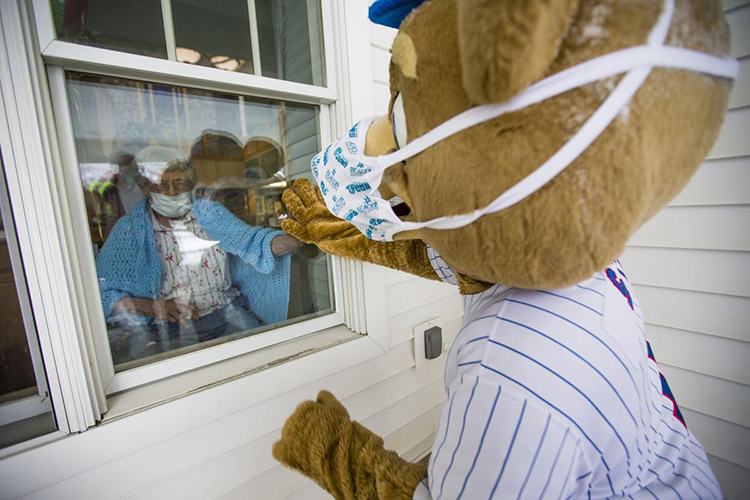 The only line drives former South Bend Blue Sox player Betsy Jochum saw on Monday were the line of drivers wishing her a happy 100th birthday at her residence at Southfield Village in South Bend. Besty puts her hand up to the window with South Bend Cubs mascot Stu, and other decorated vehicles also passed her window. The drive-by parade was one of several events the History Museum staged to celebrate the Cincinnati native who played for the Blue Sox from 1943 to 1948 in the All-American Girls Professional Baseball League. She was one of the original players in the league that began during World War II, winning the league batting title in 1944.